Play all day and night, enjoying the unique activities and events London has to offer.

Whether you’ve recently moved to London or are visiting for the weekend, there are endless things to do, places to see, and memories to make. Come and experiencing the arts, culture, sports, entertainment, and recreation activities we have.

From sell-out musical performances at one of our world-class venues to hosting internationally acclaimed awards shows, London is a music city.

There’s always something playing in London! Watch locally produced films and documentaries, live plays at the Grand Theatre and Palace Theatre, Cirque du Soleil shows at Budweiser Gardens, stand up comedians at Yuk Yuks or a horse race at the Western Fair District. Film lovers can enjoy an entire week dedicated to films with a regional connection at the Forest City Film Festival.

Enjoy our festival season in the summer, where over 15 food, music, culture, art and entertainment festivals happen in downtown London. Home County Music and Art Festival, London Ribfest, Pride London Festival, International Food Festival, and the London Fringe Theatre Festival are just some of the many annual festivals London hosts. One of the largest festivals, TD Sunfest, attracts over 275,000 people across the region to London’s Victoria Park for a weekend of entertainment.

Enjoy the beautiful outdoors our Forest City has to offer - take a  bike or a hike along the Thames Valley Parkway, and visit our public parks, fields, and outdoor recreation areas. Visit our conversation and environmentally significant areas (ESA), including Sifton Bog, Westminster Ponds, and Fanshawe Conservation Area. We’re also a quick drive away from Komoka Provincial Park.

London is also home to Boler Mountain - Southwestern Ontario’s most dynamic destination for year-round outdoor adventure, attracting over 120,000 outdoor enthusiasts every year. Boler features mountain biking and hiking, a Treetop Adventure Park, beach volleyball in the spring-fall season, and 16 runs of varying difficulty for skiing and snowboarding. In the winter months, you can also enjoy skating at the Covent Garden Market, Storybook Gardens, Victoria Park, and public spaces across the city.

Stay entertained all year round, regardless of the weather. London offers several attractions which offer indoor space to play, connect, listen, and learn.

Into gaming? Visit The Rec Room for arcade games or one of London’s virtual reality studios. Reach new heights at a trampoline park or rock climbing gym like Junction Climbing Centre. Hit up the laneways at Palasad or Fleetway for bowling, crack the case at a mystery escape room, or check out a local craft brewery or distillery for trivia night - the options are endless in London.

If you’re an avid sports player or spectator, London is home to some of the best professional sports teams in the county, including the London Knights hockey team, London Lightning Basketball, Forest City London Soccer Club, and the London Majors Baseball team. Playing for the Ontario Hockey League, the London Knights are two-time Memorial Cup Champions (‘04-05 and ‘15-16), four-time J. Ross Robertson Cup champions, and have earned many trophies for individual players of the year. The London Lightning, part of the National Basketball League of Canada (NBLC), are four-time NBLC Champions. Both teams play at Budweiser Gardens, a 9,000 person sports-entertainment centre in the heart of Downtown London.

The London Majors play at Labatt Memorial Park, a 5,200 seat stadium near the Fork of the Thames River that is the oldest, continually operating baseball grounds in the world, with a history dating back to 1877. There are several additional sports centres in London for swimming, curling, football, running, and much more, including the Western Fair Sports Centre, Canada Games Aquatic Centre, and Western University.

Featuring over 40 golf courses in the region which is more golf courses per capita than anywhere else in Canada, there’s always a fairway ready to play in London.

Start planning your next adventure in London - explore the links below to learn even more:

This is how I can help. 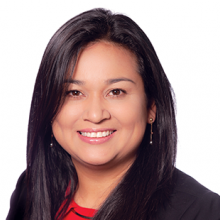 This is how i can help